Nature and countryside around Lietzow

Lietzow’s surrounding countryside reveals the typical characteristics of a graded shoreline, and the German Federal Agency for Nature Conservation (Bundesamt für Naturschutz, BfN) classifies it as an area of high conservation value.

Two lagoons, steep cliffs and offshore wetlands: the natural environment around Lietzow is highly diverse and distinctive – and home to a wealth of special and rare habitats with well-adapted flora and fauna.

National and international recognition of the value of this ecosystem is reflected in the designation of various conservation areas, including "Natura 2000" European protection areas in the immediate vicinity of Lietzow, with an EU bird sanctuary and two fauna and flora habitats, managed in line with the conservation directives. (See the following sections.)

Offering an excellent way to see and enjoy this special landscape is the "Bodden Panorama Trail", a German Qualitätswanderweg (premium-grade trail). The 24-kilometre (15-mile) trail passes through stunning countryside along the Großer Jasmunder Bodden, stretching from Neuenkirchen via Lietzow to Mukran.

You can find other suggestions for excursions into the countryside around Lietzow in the "Hiking & Cycling" section. They include maps, tour descriptions and GPX and KML files for GPS devices or Google Maps.

The nature reserves in the area around Lietzow include the

The most well-known one is the "Schmale Heide and Feuersteinfelder" nature reserve. It is easy to walk to this unique bio- and geotope from Lietzow along the steep ridge path that runs parallel to the railway line, or to ride the bike on the path that goes through the middle of the forest. You can also drive to the Feuersteinfelder, of course. There is a car park on the L29 near Mukran next to a well signposted trail to the fields. 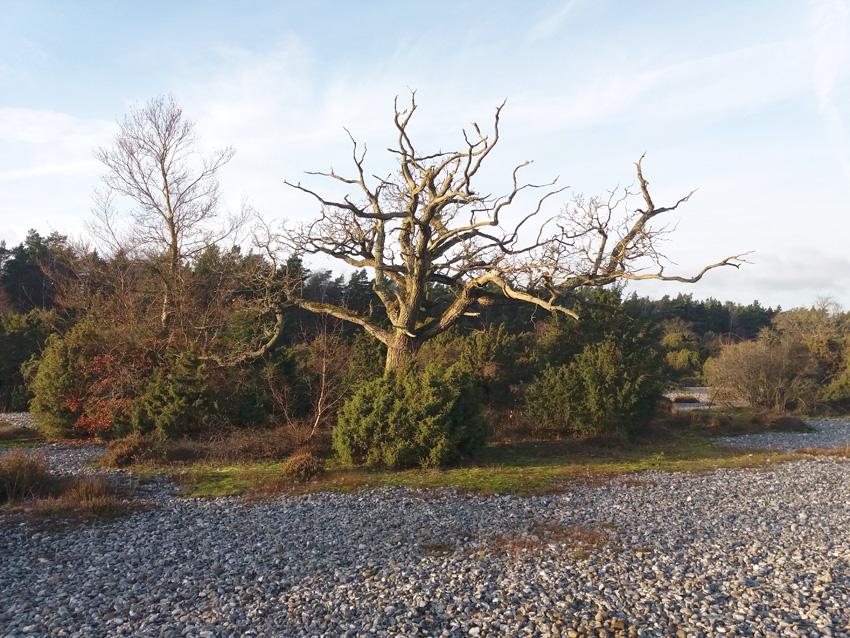 Special types of calcareous grassland, dwarf shrub and juniper heathland have learned to adapt to these rocky surroundings. The juniper heathland is regarded to be among the best preserved examples in the Baltic Sea region. Nearer the Kleiner Jasmunder Bodden and in the north-west "Blomer Weide" (Blomer pasture), you will also come across calluna (heather), wetlands, moorgrass meadows, lowland moors fens with calcareous mire communities, comprising a lot of  swamp sawgrass and a number of very rare plant species as well as small alder marsh forests.

On the other side of the flintstone fields and the L29, running down to the sea from the dune pine forest artificially created in the area of the grey dunes, are open dune and beach areas. The white dunes between the forest and the beach are home to the small pasque flower and even to some sea holly – both very endangered plant species in Mecklenburg-Western Pomerania.

While the flint fields are easy to reach and walk around, accessibility to the areas closer to the lagoons is generally restricted by their boggy conditions and/or agricultural use. Here, as along the Baltic Sea dunes, particular care should be taken. The vegetation is very fragile here, so avoid trampling over the plants, camping or building campfires here and, of course, don't leave any rubbish behind when you leave.

Access to the Wostevitzer Teiche is restricted due to the wide belt of reeds, swamp willows and wet woodland along their banks. You will need boots! To the north-east, the fenced open grassland area is used for grazing all year round. The Großer and Kleiner Wostevitzer Teiche became a conservation area to preserve the unique character of these undisturbed, natural shallow water lakes and their valuable plant life. The shallow lakes provide habitats for various species of amphibians and reptiles. They are also breeding and feeding grounds for numerous protected bird species, such as the corncrake, common tern, western marsh harrier, white-tailed eagle, common crane, spotted crake, little moorhen, red-backed shrike and Eurasian penduline tit, as well as a resting place for various species of aquatic birds. Plant species of particular interest seen here include the endangered menyanthes (bogbean) and eriophorum angustifolium (common cotton grass). 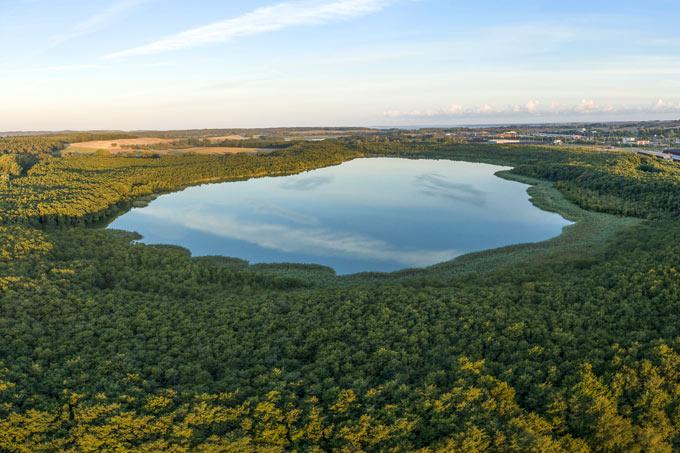 You can walk to the Pulitz nature reserve from Stedar along a field path. The trail through the wood is well marked. To protect the birds of prey that breed on the peninsula, Pulitz is closed to visitors from 15 January to 15 July each year, and it is essential to respect these restrictions.

Birds breeding here include white-tailed eagles, goshawks, marsh harriers and stock doves. In addition to the long-established beech forest, the woods along the steep slopes in the north and south-east, an alder swamp forest and a small transition mire and quaking bog are also well worth seeing. In the transition zone to the Bodden, reed beds have formed. An impressive avenue lined with linden trees runs along the south and east banks.

See too the bike excursion from Lietzow to Pulitz under "Hiking & Cycling".

Lietzow is framed to the north and south by extensive areas designated as Natura 2000 sites, special areas of conservation and protection governed by the Habitats Directive and the Birds Directive.

Much of this area is also subject to the European Bird Protection directive DE 1446-401 (Binnenbodden von Rügen). The shoreline offers a richly structured, undisturbed environment for many species of bird, and the closely interlinked habitats, both by the water and further inland, provide a place for them to nest and raise their young. It is precisely because birds can come here to moult, rest, reproduce, gather and, in some cases, spend the winter that this area is so important.

The conservation objective is to preserve the shoreline landscape and maintain a high number of bird retreats. This is being done by looking after and developing specific European habitats and species.

In this particular area, this involves protecting and promoting

In the designated Natura 2000 areas, it is the duty of the member states to ensure the preservation, restoration and development of the protection goals through appropriate measures laid down in so-called management plans.

.
Much of the area around the Kleiner Jasmunder Bodden is already protected by inclusion in the nature reserves of the Schmale Heide, Feuersteinfelder (flintstone fields) and Pulitz island, and a further nature reserve near Lietzow is being planned. Germany’s Deutsche Bundesstiftung Umwelt (Federal Foundation for the Environment) assumes much of the responsibility for the necessary conservation and development measures in these natural heritage sites.

The shoreline of the Großer Jasmunder Bodden is bordered by sea cliffs, formed thousands of years ago, and home to animals and plants that have adapted specially to this environment as well as natural steep-slope woodland including ancient beech forests. 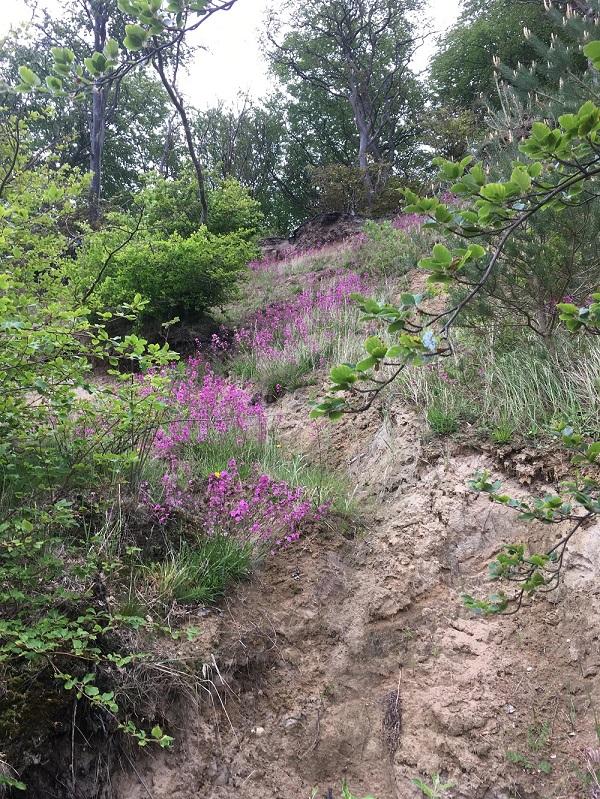 Gnever bank with a picture of the endangered sticky catchfly (Silene viscaria) plant in bloom. 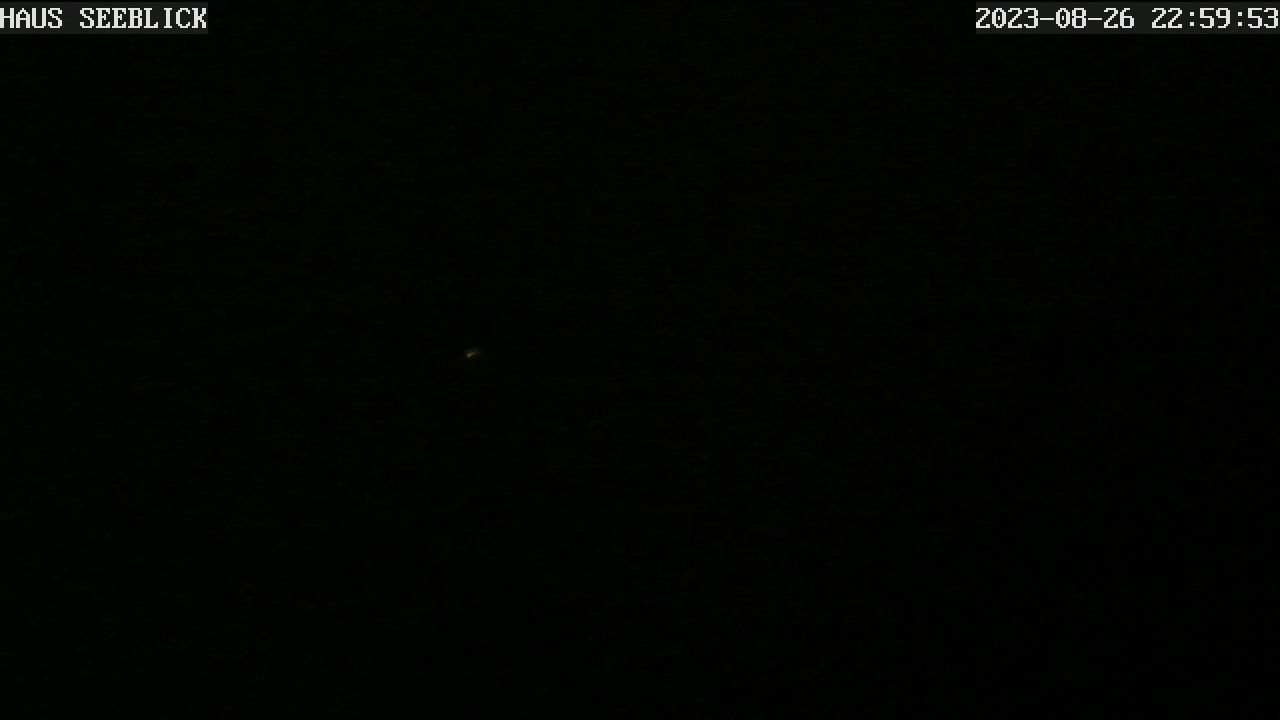